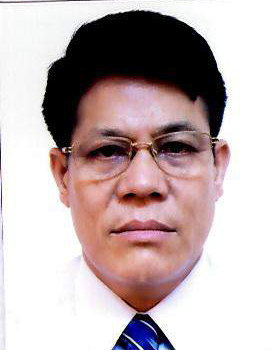 Registration open for 51st Conference of the IAPMR 2023

Counselling for admission into MBBS course under NE-Open category in RIMS, Imphal for academic session 2022

Notice for state level third-cum-Mop-up Round Counselling for admission into MD/MS/DCP courses in RIMS and JNIMS, Imphal for academic session 2022

WE, THE PEOPLE OF INDIA, having solemnly resolved to constitute India into a SOVEREIGN SOCIALIST SECULAR DEMOCRATIC REPUBLIC and to secure to all its citizens: JUSTICE, social, economic and political; LIBERTY of thought, expression, belief, faith and worship; EQUALITY of status and of opportunity; and to promote among them all FRATERNITY assuring the dignity of the individual and the unity and integrity of the Nation; IN OUR CONSTITUENT ASSEMBLY this twenty-sixth day of November, 1949, do HEREBY ADOPT, ENACT AND GIVE TO OURSELVES THIS CONSTITUTION

The Regional Institute of Medical Sciences (RIMS), Imphal was established in the year 1972. It is an institution of regional importance catering to the needs of the North Eastern Region in the field of imparting undergraduate and post graduate medical education. The Institution brings together educational facilities for the training of personnel in all important branches of medical specialities including Dental and Nursing educations in one place. The Institute is affiliated to the Manipur University, Canchipur, Imphal.

The Institute was transferred to the Ministry of Health & Family Welfare, Government of India from North Eastern Council, Shillong (under Ministry of DoNER, Government of India) w.e.f. 1st April, 2007. Under the existing administrative set-up, the highest decision-making body is the Board of Governors headed by the Union Minister of Health & Family Welfare as the President and the Director of the Institute as the Secretary. The Executive Council is responsible for the management of the Institute. The Secretary, Ministry of Health & Family Welfare, Government of India is the Chairman of the Executive Council while the head of the Institute remains as Secretary. Thus, the institute is managed at two levels, namely the Board of Governors and the Executive Council.

A. Board of Governors