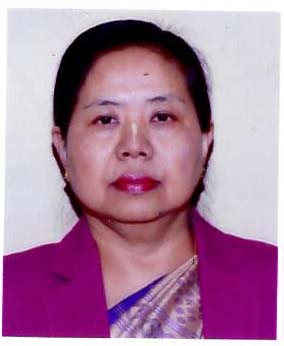 Regional Institute of Medical Sciences, Imphal is situated at Lamphelpat, Imphal, Manipur. Manipur is one of the States in the northeastern part of the India. Manipur literally meaning “A jeweled land” nestle deep within a lush green corner of North East India. The beauty of which once inspired Mrs. St. Clair Grimwood described it as A Pretty Place more beautiful than many show places of the world”. Shri Pandit Jawaharlal Nehru, the then Prime Minister of India, paid a fitting tribute by describing it as “Jewel of India”. Regional Institute of Medical Sciences has total area of 300 acres of land and located at about 8 km away from Imphal Airport and 1.5 km away from Imphal city.

The Institute came into existence after tireless efforts of a few visionaries and was tenderly nurtured by great protagonists of the time. A 300 bedded General Hospital was inaugurated by Shri Y.B. Chavan, the then Union Home Minister on October 22, 1968. It is still being used as the main hospital block. On May 22, 1972 the foundation stone of the first ever medical college, on the soil of Manipur, having the name of Manipur Medical College was laid by Shri B.K. Nehru, the then Governor of Manipur.

It is an institution of regional importance catering to the needs of the North Eastern Region in the field of medical education by providing undergraduate and post graduate courses, bringing together in one place the educational facilities for the training of personnel in all important branches of medical specialties. College of Nursing started in December, 2009 with intake capacity of 50 students for B.Sc. (Nursing) course. Dental College started in September, 2012 for B.D.S. course with annual intake of 50 students. The objective of this premier institute is to impart quality medical education and ameliorate the health condition of the composite population of the seven states of North Eastern Region (excluding Assam). RIMS is a 1074 bedded teaching hospital, equipped with modern state of the art equipments and teaching facilities having an intake capacity of 100 undergraduate, 145 Postgraduate Degree and 6 Postgraduate Diploma seats. The Hospital normally provides services to more than 2.4 lakh out-door patients and admits over 31 thousand patients in a year. It has MEDLINE access from WHO, Tele-medicine Centre, Regional Medical Library, Advanced Hospital Information and Management System etc. The Institute is affiliated to the Manipur University, Imphal and fulfills the prescribed norms of the Medical Council of India.

To produce competent and compassionate health care personnel and to serve the nation, particularly the NE region by providing comprehensive, affordable and quality health care

To become a  center of excellence in medical education, health research and provision of health care in the country, particularly in the NE region

RIMS is here because of you and for you